Located, in a beautifully restored historic building on Highway 24 in downtown St. Mary’s, Kansas, Sugar Creek Country Store celebrated its first anniversary last week. The store carries a unique assortment of unusual, very high-quality foods, has a deli and sandwich counter – and just added an ice cream counter which is proving to be quite popular this summer!

Around 6 years ago, Dan Hohman and his wife Jen were shopping at an Amish foods store in a tiny Minnesota town that somehow was drawing customers in from hours away. Dan and Jen, themselves, filled up their mini-van with food purchases even though they had a 10-hour drive home. That experience made Dan start thinking about the potential for opening a bulk foods store in his hometown of St. Mary’s, Kansas. 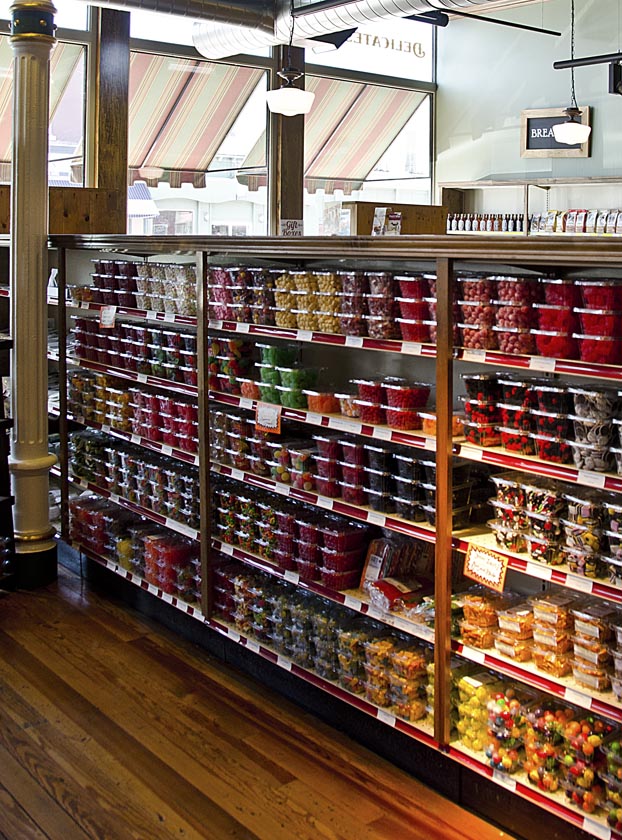 As he thought about it, Dan decided that not only would such a store add something new and different to the St. Mary’s community, but it would also give the Hohman kids a chance to grow up with the experience of participation in a family business. With 10 children and more than 30 nieces and nephews – “all great kids who were raised right” – Dan knew that if the kids were interested, he could bring them into the business and provide them with the opportunity to learn valuable skills and acquire the self-confidence that comes from work and success. 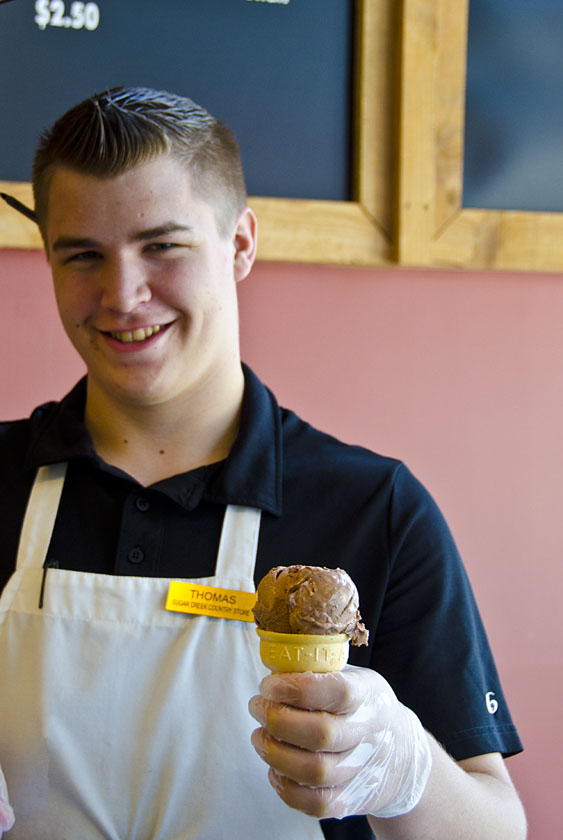 It took about 5 years for Dan to get Sugar Creek opened. The process started with thinking hard about how to flesh out the concept for the business. Ultimately, it was going to be a lot more than just a bulk foods store. It was to be a shopping destination with high-quality, unusual food items, plus an in-store full-service deli, housed in an historic building.  Dan’s vision was that people would come to the store because they enjoyed everything about the shopping experience: the products, the customer service, the music and lighting, all surrounded by interesting architectural and design features. 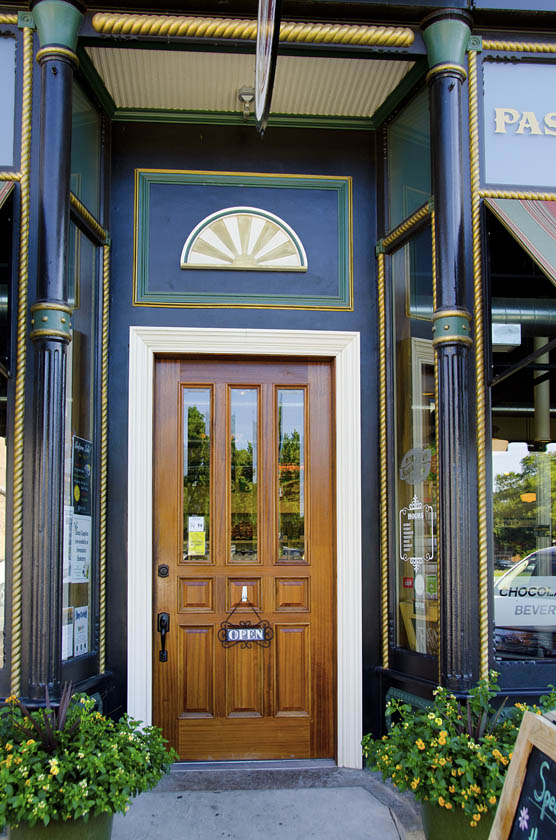 That vision introduced the challenge of finding a building with both a great location and also the potential to be a place that customers loved to be. The 130+ year old structure that Dan chose to house Sugar Creek, however, was in decrepit condition when he came upon it. So, he had to pull together the necessary capital and also the right team of individuals for making renovations and improvements. According to Dan, it sometimes felt as though just when he’d get one part of the plan for opening the business figured out, he’d run into a closed door — but then another door would open and he could continue with his plans. It was in no way a linear process.

During the period when Dan was working to make Sugar Creek a reality, he met every few months or so with advisors from the WU KSBDC who helped him figure out what it would take to accomplish his goals for the store. Dan says the WU KSBDC team really helped him grasp not only what to do, but, importantly, also what not to do. The advisors challenged him with the right questions to get him on track and also helped him figure out realistic cash flow projections so that he knew how to plan.  Throughout the first year that the store was open, Dan continued to check back in with the WU KSBDC for advice and feedback on various ideas that he had for the store – and will likely continue to do so going forward. 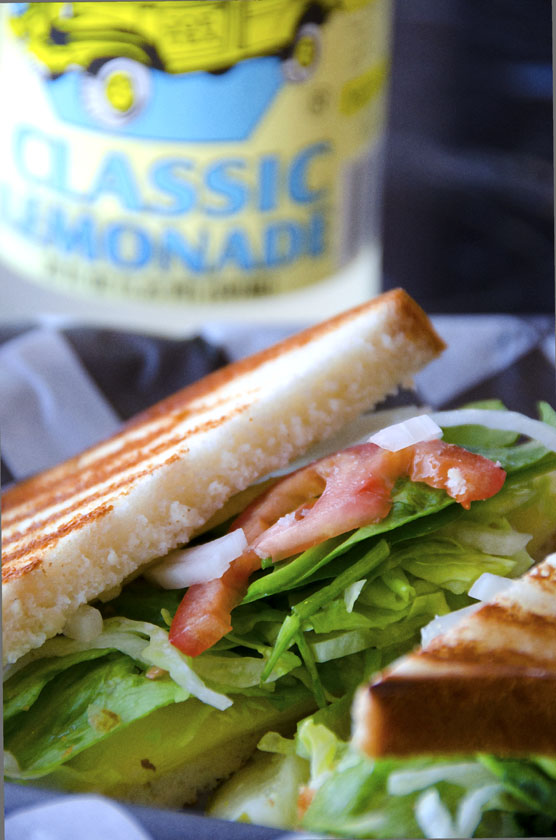 Even though Sugar Creek is not Dan’s first business, he believes that surrounding himself with good advisors – business advisors from the KSBDC, advisors in the form of other successful business owners, and spiritual advisors – is important for staying in touch with the issues that he needs to think about in order to be where he wants to be personally and in his businesses. Dan says that as a business owner, it is important to be a good listener. “You have to listen to your customers and listen to your advisors.”

One time I asked Dan to describe the roots of his interest in entrepreneurship.  He laughed heartily and replied, “Stupidity!” – a reference to the long hours and dedication that it takes to make it as a small business owner.  Despite the joke, Dan loves what he is doing. He loves seeing employees, especially his children, learn, adapt and grow. He loves listening to customers’ stories and having people tell him how much they appreciate the store. Observing Dan, joy is evident on his face as he interacts with the people around him. Having created something that people really enjoy and are overwhelmingly positive about is a huge reward for Dan. It pleases him to learn of all of the places from which his customers have travelled just to come to Sugar Creek.

To young entrepreneurs, though, Dan would point out that there is much more to running a business than meets the eye. “There is a lot more to keeping a business going than being out front with the customers – there is a lot that goes on behind the scenes.” He says that his faith in God – in God’s grace – is what lets him keep it all going. Judging from customer response, there are a lot of people who hope that he keeps it all going for long time.

Congratulations, Dan, to you and your family, and to your staff, on your first year in business at Sugar Creek Country Store. May many more follow!