Owned by Neal and Andrea Wollenberg, Uncorked Inspiration is a creative arts venue, offering “paint and sip” classes and more.  It opened doors in downtown Manhattan on May 1st.

Neal Wollenberg describes himself as having an entrepreneurial spirit. He says that he has always felt the urge to be his own boss and had the hope that someday he could turn his artistic interests into a business. His wife Andrea, who describes herself as the more business-like of the two, did not share that desire initially. The Wollenbergs, however, started an “entrepreneurship journey” together during the summer of 2015 when they conceived of the idea for Uncorked Inspiration. They considered the possibility on and off as Neal showed his paintings at regional craft fairs, meanwhile working at his full-time job. By chance, a local business owner spotted Neal’s work at one of these shows and, after talking with him about the Wollenbergs’ idea, invited Neal to teach paint and sip classes at her winery, Liquid Art. 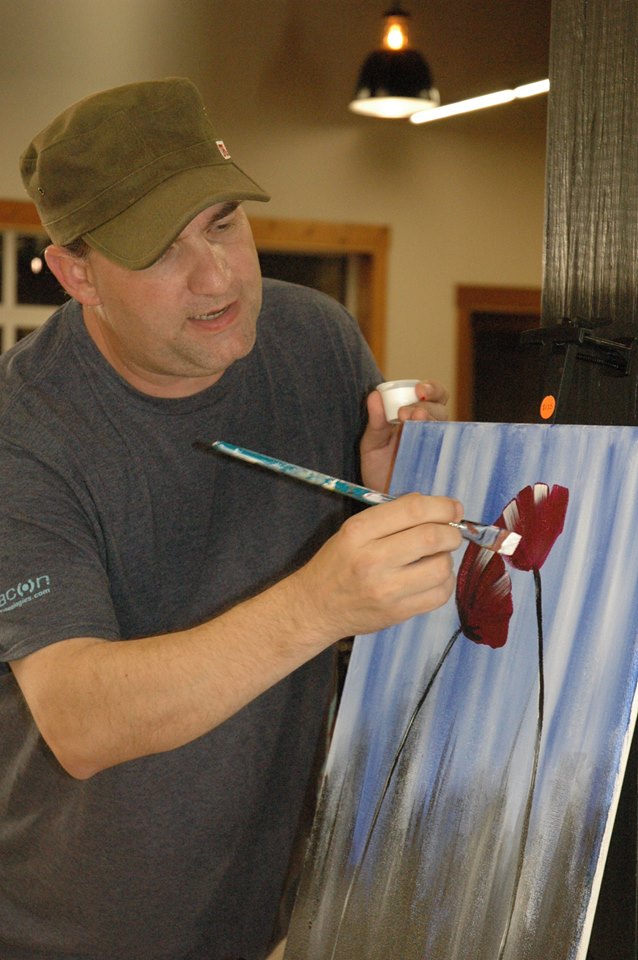 Neal taught classes once a month at the country venue for half a year and then the Wollenbergs made the decision to set-up business at Iron Clad, a local co-working space. The downtown location provided them with a visible venue where they were able to host events more regularly – setting up and tearing down materials for each. Of equal importance, utilizing the co-working space helped the Wollenbergs to minimize the fixed costs of the business while they built up capital and assessed the market.

During this timeframe, Andrea and Neal contacted the Kansas SBDC. As a start-up business, they had lots of questions (e.g., about sales tax) and needed assistance getting answers. Also, as their paint and sip classes were becoming more popular, Neal and Andrea felt the desire to pursue the additional things that they could offer if Uncorked Inspiration had its own space. The Wollenbergs had a vision for the business but not yet a fully developed plan for how to get there. While working on this with their SBDC advisor, as Neal describes it, “there was one moment – almost cathartic – when Laurie asked us, If the perfect space became available for you to open your business out on your own, would you do it? And honestly, that scared us to death.”

As scary as the question was, it also prompted the Wollenbergs to assess what they really wanted and what it would take for them to get it. The question opened their eyes to the possibility that what they wanted might be within their reach much sooner than they had realized. A few months later, Neal and Andrea found an ideal space at 121 South 4th Street and couldn’t stop thinking about that question, If the perfect space became available… would you do it?  The answer: they signed the lease and stepped out into their own space.

The step wasn’t a leap of faith, though. After having worked on a business plan, created a budget for the cost of expanding into a brick-and-mortar location and produced a cash flow projection, the Wollenbergs felt comfortable that the change in business model was feasible.

“We have been incredibly careful in how we’ve built our business,” says Neal. Nevertheless, committing to the step from utilizing a shared space to renting their own location felt like a big deal. “Well, leasing a space is pretty scary, so that was a challenge. When you decide to make a leap from a co-working space where you pay a relatively small amount to leasing your own space where you’re not only paying a larger amount per month, but you’re also contracted for a year… that definitely can be a challenge. However, we felt that with the paint and sip as our anchor, we could manage this financial transition.” 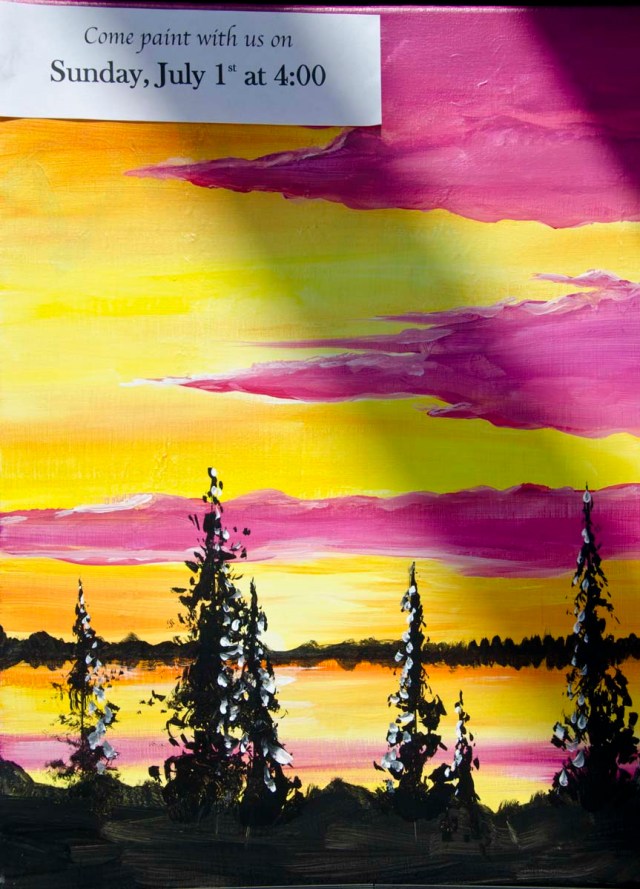 The Wollenbergs had ideas for offering more than paint and sip classes. They envisioned an art gallery featuring local artists, a crafting space for make and take items, and the possibility of more workshops and art classes. As much as they loved Iron Clad, they needed their own space in order to realize these goals.

Asked how they are feeling about the step, the Wolenbergs say, “We’re excited. Scared. Worried. Optimistic. We love our space!” The Wollenbergs find it rewarding when people have fun in their classes and get to relax and enjoy themselves. It is a “therapeutic outlet” for patrons and business owners alike. Neal and Andrea are also taking pleasure in being able to hang works by local artists on the walls of Uncorked Inspiration and have already started seeing sales from the gallery.

As for what is coming up, the Wollenbergs say that they are very excited about introducing their new offerings: a BYOB DIY Bar (i.e., “bring your own beverage/booze” “do it yourself” arts and crafts space), Succulent Saturdays (workshops for potting succulent plants), varied art workshops, and private art lessons. “We have so many things planned! We’re truly looking forward to all of the amazing things we’ll be able to offer to the Manhattan community.”

Best wishes to Neal and Andrea and thank you for sharing your creative inspirations!