Troy Ross (above, right), celebrating his 1st anniversary as owner of CR’s Tire & Automotive in Wamego with a customer appreciation day, is joined by the business’s founder, the “original” CR. In reflecting on the occasion, Troy expresses gratitude to the customers that have continued to support the shop: “It’s refreshing to see the amount of support the customers in the Wamego area give to small businesses. We thank you!”

CR’s on Lincoln Ave. in Wamego

Though Troy just celebrated his first year as owner of CR’s Tire & Automotive, he had been on the path to becoming owner of the business for several years before purchasing the shop from CR – a long-time friend of the Ross family. Troy, an avid car enthusiast, had worked in the automotive industry after completing his business degree from Emporia State University.  During that time, he had enjoyed talking with CR about the shop – then called CR’s Tire & Muffler– including the possibility of someday taking it over.  Discussion turned serious when Troy realized that he felt ready to take on the role of business owner and employer with all of its challenges, responsibilities and opportunities. Though a native of Emporia, Troy had family connections to Wamego and had always enjoyed the Wamego and Manhattan areas. So, as he and CR continued to talk, Troy decided that he would move to the area to work for CR as part of CR’s succession plan, i.e., a plan for how to keep the business going and take care of its employees and customers after CR’s retirement.

Troy was confident in the process because, over the years, CR had built a business that was doing well and had earned a highly-respected reputation for the quality of its work and its customer service. Troy recognized that as part of the transition process, “It was up to me to come in and absorb as much as I could by working alongside him for the year- and-a-half before the purchase was made. I felt this was one of the most important things that we did, as I was able to become familiar with the customers and employees while also learning the ropes from CR.”

To someone thinking about purchasing a business, Troy recommends following this process: “If the business is profitable and worth making the purchase, I suggest following the route we took. Get into the business and work with the owner for a decent amount of time before making the purchase. This will help you make sure that this is what you want. It will also help the transition process to be more seamless. You can see what has worked in the past while also putting your tweaks on things for the future.”

Troy says that advisors at the Kansas SBDC were “very instrumental” in helping him understand and pull together the pieces needed to complete the business purchase “Helping small businesses is what they do, so, many things that I may not have thought of were brought to my attention during the process. This helped to make the process seamless.”

Pieces such as a business valuation, conversations to have with employees and vendors, issues to figure out with attorneys and accountants, and working with lenders or investors are examples of parts of a typical transition process; but the most important piece, according to Troy, was the process of developing a well thought out business plan that reflected his vision for the future of the business and also demonstrated his capacity to successfully take over the various facets of management. “Without a good business plan, it makes it difficult to find investors or a bank to finance what you are doing. The SBDC helped me with an outline of the business plan. I’m proud to say we had zero issues with the plan that was submitted and the bank was very impressed with what we put together.”

Troy stays in contact with the SBDC on many of the day to day issues that come up at the workplace such as questions about human resources and customer relations.  While it is important to Troy that the business do well, he appreciates that an important part of this is treating his team and customers well. According to Troy, SBDC advisors, “with their knowledge, are great at steering you in the right direction when answers are needed.”

Troy says that, though a “whirlwind”, his first year as business owner has exceeded his expectations – something that he attributes not only to the careful transition process but also to the great crew that he has at the shop and to their loyal patrons. Troy looks forward to continuing to provide a high level of service to the great customers that come to him at the Wamego shop and, who knows … as the business continues to grow and evolve, he might even consider a second location.

Congratulations to Troy and his team on a successful first year and best wishes for the future of CR’s! 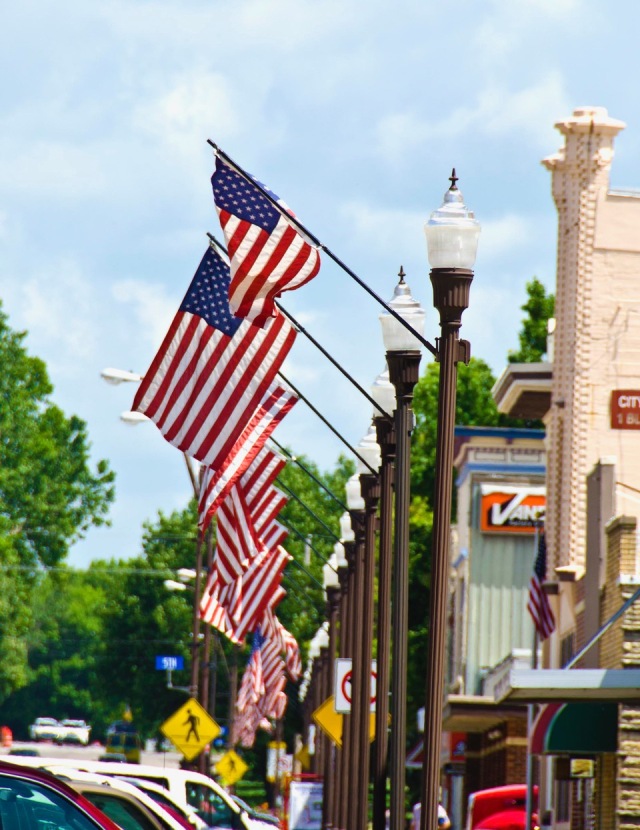