Posted on October 9, 2019 by washburnsbdc

Encountering Innovation  is an annual conference organized by the Technology Innovation Center of the Kansas SBDC. The main focus of the conference is to bring together high potential tech innovation small businesses with tech scouts from Department of Defense and other government agencies in order to develop relationships that can lead to the commercialization of technologies that have application in both the public and government sectors. In addition, the conference offers educational and networking opportunities for innovators, small businesses interested in tech transfer, investors, people involved in economic development and anyone involved in the tech innovation ecosystem. 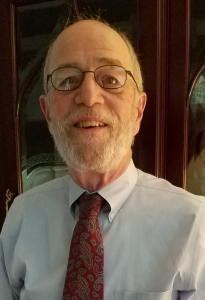 New Dominion Enterprises, Inc.  is a Texas-based company that is commercializing inorganic electrolyte additives to solve a set of problems associated with organic lithium-ion batteries, in particular related to thermal and chemical stability issues. This is a dual use technology, with, for example, potential applications ranging from consumer batteries to batteries used with electrified transportation and micro power grids.

The company came about after Jay Fraser, an entrepreneur experienced at product development, commercialization and technology transfer, was introduced to Mason Harrup, Ph.D., an inorganic chemist. The two men developed a relationship of mutual trust and respect for each other’s talents and vision.  They formed New Dominion Enterprises (NDE) in 2015 in the hope of being able to benefit from technology transfer of research conducted by Dr. Harrup when he was a research scientist at Idaho National Labs. (Technology transfer is the transitioning of intellectual property developed at university/college or government research facilities to private entities who will make the technology commercially available.)  The company, however, did not have a straight line to success. Initially, the company encountered a few unexpected delays that led to it suspend operations for a short period. They relaunched the company in 2017, focusing on the inorganic electrolytes additive.

At the time of the relaunch, NDE began to negotiate the license to the additive material developed by Harrup while he was at Idaho National Laboratory. A previous company had held the license but had failed to meet its milestones. New Dominion Enterprises secured the license for Harrup’s research in order to be able to continue the  commercialization of the inorganic electrolyte-application for lithium batteries. NDE expects delivery of the first volume of its additive from the manufacturer within the first half of October, and is now gearing up for product introduction. Its first customers are awaiting delivery of samples of the additive for 3rdparty validation.

Mr. Fraser’s first experience with an SBDC had been back in the early 1990’s in Long Island, New York when he was working as a Research Professor for Technology Transfer at the State University of New York – Farmingdale, and then as an entrepreneur working in the security space (tag, track and locate technology). After moving to Texas in 2006, among his first friends were people at the San Antonio Texas SBDC – Technology Commercialization Center. Jay reports, “my experience with SBDCs has been nothing but positive.”

According to Jay, “as with everything else, the SBDC is a tool and if you know how to use it you can get benefit.” Jay’s advice: have a defined problem, be focused, and follow-up with the resources that the SBDC provides you with, filtering for the best parts that direct you toward the solution that you need. For New Dominion Enterprises, Inc., being directed toward Encountering Innovation was one of those “best parts”.

In 2018, Bijo Mathew, Regional Director of the Technology Commercialization Center at the Southwest Texas Border SBDC, urged Jay to apply to participate in the conference. Jay was initially reluctant because of the time commitment and travel costs to attend what to him was an unknown conference.  Encountering Innovation, at that time, was only going into its second year.  Bijo, however, was able to persuade Jay that the conference was an opportunity on which he should not miss out.  Fraser was accepted to pitch for the tech scouts. Four months after the conference, the company realized the value that it had been hoping for: that was when the socialization of New Dominion’s materials from the event resulted in its first customer.  (“Socialization” is the term that describes results of the tech scouts’ passing along of information about the companies and their innovations to gate-keepers and decision-makers at various government – and, sometimes, private – entities.)

“There is no better validation of the event than getting a good customer,” and, according to Jay, that is one of the main reasons why he came back for a second round of pitching at Encountering Innovation – this time, with no prompting needed from his SBDC Advisor in Texas. With the technology having advanced in technical readiness level, and the venture also having advanced in business development, Fraser was optimistic for further socialization and was enthusiastic about the response from, and engagement with, the scouts.

Between them and their ventures, Harrup and Fraser previously have been granted over 90 patents and have pulled down over $20M in federal contracts; but, Jay says, “we are just getting off the starting-line [with the inorganic electrolyte additives] and are racing” to be a winner with this technology.

This year’s conference had 72 companies from 11 states that pitched their technologies  all hoping to get a jump start to market with government and private sector contracts.

To learn about how to get involved in Encountering Innovation, contact the Kansas SBDC at ksbdc@washburn.edu or any Kanas SBDC office.